Kavita Kaushit Doesn’t Want To Give Her Child Birth In India, Know The Reason 
TV actress Kavita Kaushik got tremendous recognition from the character of Chandramukhi Chautala in SAB TV’s popular show FIR. Even today his fans remember his character. Recently, in an interview given to E Times, Kavita surprised everyone by saying that she does not want to give birth to her child in India. Why did he say this, let me tell you.

Kavita Kaushik is known for her arrogant style. In the year 2017, she married her boyfriend Ronit Biswas. Whenever she is asked the question of family planning, she often avoids this question. But in a recent interview, she gave such a statement about it, due to which she came in the headlines.

During the interview, when Kavita was asked about the child, she said that “mine and Ronit has no plans to expand his family in India. I have a cat and a dog and they are my family and I have no desire to bring another child to this populous country.” 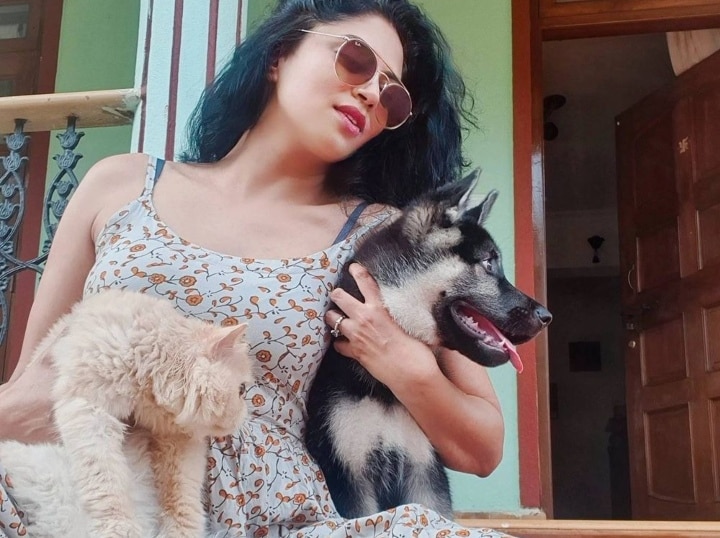 However, this is not the first time that he has given such an answer regarding his child. Even before this, while answering a similar question in an interview to Hindustan Times, he had said that “I don’t want to do injustice to my child. If I have a child at 40, by the time he is 20, we will be old. I don’t want our child to be an old mother at the age of 20.” – Take care of the father.”

However, Kavita Kaushik had joined Bigg Boss last year as a wild card contestant, she left the show midway after a fight with Rubina Dilaik in the show.

Met Gala 2021: Madonna’s daughter Lourdes Leone shows her armpit hair by raising her hands on the red carpet, this daring style is getting a lot of discussion

Met Gala 2021: Somebody forgot the difference between a human and an animal, someone wrapped a colorful quilt on themselves, see a glimpse of the red carpet of Met Gala