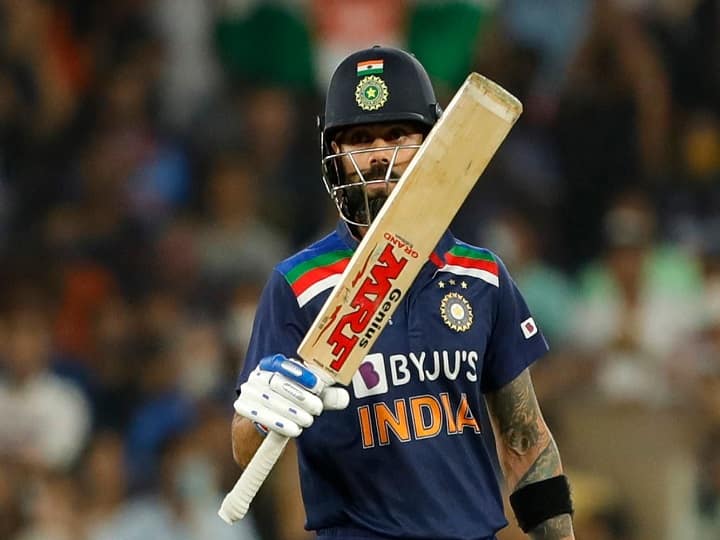 Virat Kohli has not won the ICC tournament

Delhi Capitals to make a fresh start in the second part of IPL 14, Coach Ponting made a special plan

WhatsApp Multi-Device Support Feature Rolled Out, Know How It Will Work On Android

IPL 2021 PBKS Vs RR Live Streaming: When And Where To Watch Punjab Kings Vs Rajasthan Royals Match IPL 2021: KL Rahul-led Punjab Kings (PBKS) will take on Rajasthan Royals (RR) on Tuesday, September 21 in the 32nd match of the Indian Premier League (IPL) 2021. The third match of the second phase of IPL will be played between the two teams. The performance of both the teams during the first half of the tournament was mixed. In such a situation, the team of Punjab and Rajasthan would like to perform well in the second half.

In the first phase of IPL 2021, the team of Rajasthan Royals had registered 3 wins in 7 matches. While he had to face defeat in four. He is currently in the sixth position in the points table with 6 points. At the same time, the team of Punjab Kings is in seventh place with only three wins and five losses in 8 matches. In such a situation, both the sides will be eyeing to start their UAE leg of the T20 tournament with a win.

Liam Livingstone can provide the team with a good start, while Rahul Tewatia can prove to be very useful in the middle order. There will also be pressure on captain Sanju Samson to score runs. Punjab captain KL Rahul and Mayank Agarwal will be responsible for giving the team a good start. Big hitters Chris Gayle, Nicholas Pooran and Deepak Hooda will provide strength to the team in the middle order. Shahrukh Khan can come at number 6.

Where will the Punjab Kings (PBKS) and Rajasthan Royals (RR) match be played?
This tough match between the teams of Punjab and Rajasthan will be played at Dubai International Stadium, Dubai. Whose cricket fans are eagerly waiting to start. KKR vs RCB Live: The second phase of IPL has started with a bang. Today the match will be played between Kolkata Kolkata Knight Riders (KKR) and Royal Challengers Bangalore (RCB). There are many star players in both the teams, due to which this match is expected to be exciting. KKR’s previous record at the Sheikh Zayed Cricket Stadium in Abu Dhabi is better, but this time the RCB team seems to be in rhythm. In the first phase of IPL, the team performed brilliantly, winning 5 out of seven matches. Under the leadership of Virat Kohli, RCB would like to start the second phase of the IPL well.

RCB vs KKR Head to Head (Head to Head stats between the two teams)
Teams of Kolkata Knight Riders (KKR) and Royal Challengers Bangalore (RCB) have come face to face in a total of 27 matches in IPL so far. Out of these, KKR have won 14 matches and RCB have won 13 matches. However, in the first phase of IPL 2021, Bangalore was defeated by Kolkata. Although the ground of Abu Dhabi has been lucky for Kolkata and its success rate is high on this ground. Now it has to be seen whether Kolkata is able to avenge the defeat in the first phase or not.

Unique record will be made in the name of Virat Kohli
Kohli will play his 200th IPL match against Kolkata on Monday. Kohli will be the fifth player in the history of IPL to do so. Before Kohli, Chennai captain Mahendra Singh Dhoni, Suresh Raina, KKR’s Dinesh Karthik and Mumbai Indians captain Rohit Sharma have played 200 matches. Apart from this, if Kohli scores 71 runs in this match, then he will become the fifth batsman in the world to score 10000 runs in the history of T20. Before Kohli, Chris Gayle, Kieron Pollard, Shoaib Malik and David Warner have made these records in their names. In the second phase of the Indian Premier League (IPL) 2021, Kolkata Knight Riders (KKR) is being played against Royal Challengers Bangalore (RCB) today. This match between both the teams is at Zayed Stadium. a

Who is La Ngọc Hưng?

Who is Sajol Khan Shanto?