Irrfan Khan Throwback Photo: The death of Bollywood actor Irrfan Khan shook his fans and colleagues. This news was not less than a big shock for everyone. His departure from this world was a very difficult moment for his fans and family members. Especially for his son Babil Khan. Often Babil (Irrfan Khan son Babil) is seen sharing his throwback photo on social media in memory of his father Irrfan Khan. Recently, once again Babil Khan (Babil Khan Debut Movie) shared a very old photo of his father on his Instagram account and remembered him. 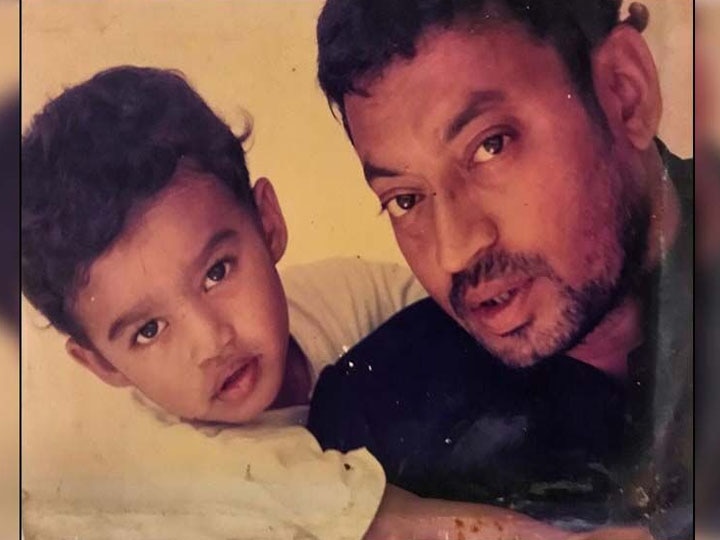 Reminiscing his childhood days, Babil shared a photo which was apparently clicked when Irrfan Khan was shooting for Maqbool in 2003. Babil and Irrfan Khan can be seen in the photo. Babil Khan shared the photo and wrote in the caption, ‘Maqbool ke bambi ke kisne haath dala?’ The caption of Babil was on a dialogue from Irrfan Khan’s 2004 film.

Tabu, Pankaj Kapoor and Masoom Makhija were seen in this film. The film, helmed by Vishal Bhardwaj, did not do well at the box office, but the director received international acclaim. Shortly after Babil shared the post, a fan wrote, ‘We all miss Irfan.’ One commented and wrote, ‘Xerox copy.’ Meanwhile, on the work front, Babil Khan will make his acting debut with Tripti Dimri ‘Kaala’. Irrfan Khan has given many superhit films in his life. Irrfan Khan was last seen in Angrezi Medium.