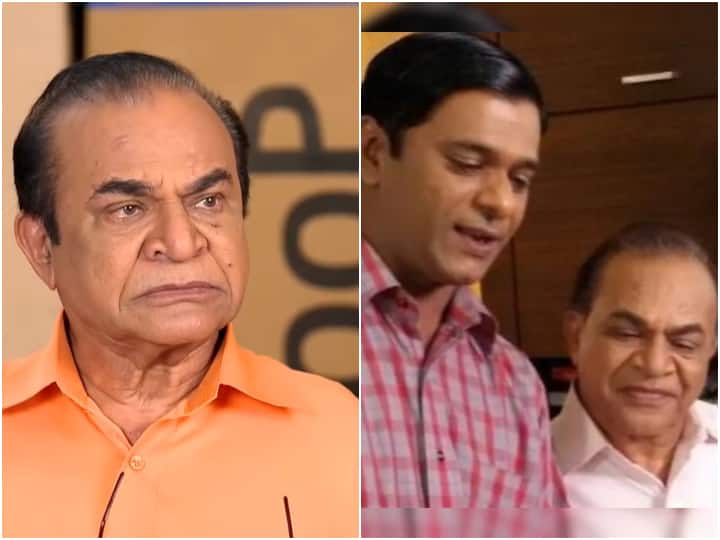 
Actor Ghanshyam Nayak, who played the role of ‘Nattu Kaka’ in the show ‘Taarak Mehta…’, has passed away. He breathed his last on 3 October. He was battling cancer. In the last days, he was going through a lot of pain. His co-actor ‘Bagga’ i.e. Tanmay Vekaria in the show spoke to ETimes about this and told how he could neither eat nor swallow anything in the last days.

Ghanshyam Nayak Tarak Mehta was associated with the show from the very beginning. After this career, he was recognized from house to house. Fans also liked his work very much. His sudden departure from this world is like a shock to the fans. Tanmay Vekaria used to have the most scenes with him in the show. Tanmay said in his interview that “It’s a huge loss for all of us. Not only for me but for the entire team. We were all very attached to him. He was a very nice and pure soul. It’s really unbelievable and we all are in shock that he No more. His son called me around 5:45 and told this.”

they said that “I don’t think I’ll ever meet someone like him. He was a very simple person and I never saw him speak badly about anyone. He always spoke positively. He was also very concerned about his work.” He was emotional. Maybe God had something better for him. Me and the entire Tarak family will miss him forever.”

Ghanshyam was going through a lot of pain

Talking about Ghanshyam Nayak, Tanmay said that “He was in a lot of pain for the last 2-3 months and I think he is in a better place now. Whenever I used to talk to his son, he used to tell me He used to tell that he is in a lot of pain due to cancer. He can neither swallow, eat nor drink water. So in a way, he is now in the safe hands of God. May his soul rest in peace. meet.”

Previous articleSamantha looked like a queen in gold and diamond jewellery, Naga Chaitanya came to life like a prince, wedding photos went viral after divorce
Next articleIn Pics: Tiger Shroff and Tara Sutaria return to Mumbai after shooting for ‘Heropanti 2’ in London, see pics
hitimes
News