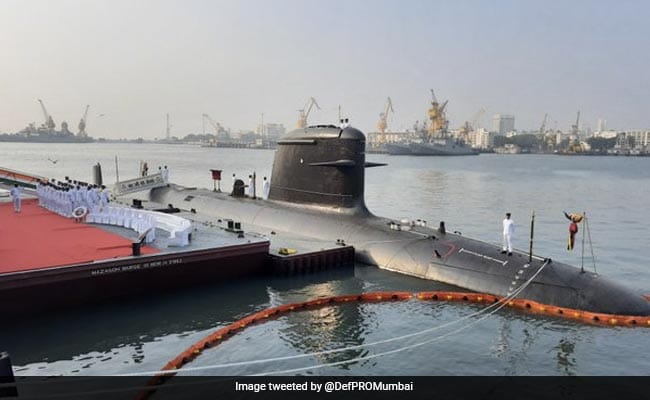 The Indian Navy has welcomed into its fleet its model new submarine, the INS Vela, a Scorpene-class submarine constructed by the government-owned Mazagon Dock Shipbuilders Ltd, or MDL.

“The submarine’s motto ‘Vigilant, Valiant, Victorious’ epitomizes the submarine’s spirit in achieving the tasks at hand. The motto inspires the crew to the alert and prepared always to face and surmount all challenges the submarine faces and emerge triumphant every time,” the Navy stated in an announcement right now.

Designated as “Yard 11878” throughout its building, INS Vela is the fourth Scorpene-class submarine constructed by MDL in collaboration with Naval Group of France.

#INSVela commissioned into the #IndianNavy right now #25Nov21.#Watch because the naval ensign is hoisted for the primary time onboard.#HappyHunting@indiannavy@DDNewslive@airnewsalerts@PBNS_Indiapic.twitter.com/F7WHrAXNfx

“The association of numerous Indian companies in building the platform makes it a true representation of the ‘Make in India’ concept,” the Navy stated.

Construction started in July 2009. The submarine was named INS Vela in May 2019, and after intensive system, equipment and weapon trials, it was handed over by MDL to the Indian Navy this month.

Admiral Karambir Singh, Chief of the Naval Staff, marked the formal induction of the submarine in a ceremony that not solely entitled the submarine to fly the naval ensign and the nationwide flag, but in addition recognised her as a authentic and sovereign consultant of India, the Navy stated within the assertion.