We’ll All Get Omicron Despite Boosters: Medical Advisor To Government 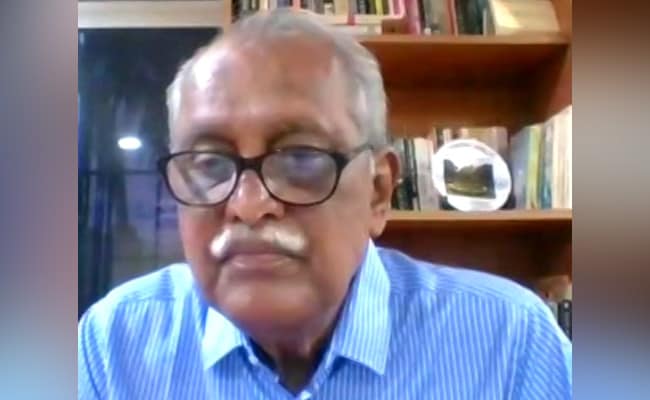 We must repeatedly emphasise that Omicron is much milder compared to Delta, he said.

The Omicron variant of Covid-19 is “almost unstoppable” and everyone will eventually be infected with it, a top government expert told NDTV. Stressing that Covid is not a frightening disease anymore as the new strain is milder and is leading to much less hospitalisation, he said that Omicron is a disease we can deal with. “A majority of us will not know we have been infected, probably more than 80% will not even know when we have it,” said Dr Jayaprakash Muliyil, epidemiologist and chairperson, Scientific Advisory Committee at ICMR’s National Institute of Epidemiology.

Pointing out that no medical bodies suggested booster doses, Dr Muliyil said they won’t stop the natural progression of the epidemic. Arguing the same against the testing of asymptomatic close contacts of Covid patients, he said the virus doubles infection in just two days, so even before the test detects its presence, the infected person has already spread it to a large number of people. “So even when you test, you are far far behind. It is not something that will make any difference in the evolution of the epidemic,” he said.

“We have not suggested booster dose so far from any of the bodies of the government. To my knowledge, the precautionary dose was just suggested, because there are reports that certain people, mostly in the age group above 60, did not respond to two doses,” he said.

On strict lockdowns, he said that we can’t stay locked in our houses for very long. We must repeatedly emphasise that Omicron is much milder compared to the Delta variant, he said.

Dr Muliyil also said that 85% of Indians were already infected with Covid by the time vaccines were introduced in India. So, the first dose of the vaccine was practically the first booster dose as most Indians had natural infection-induced immunity.