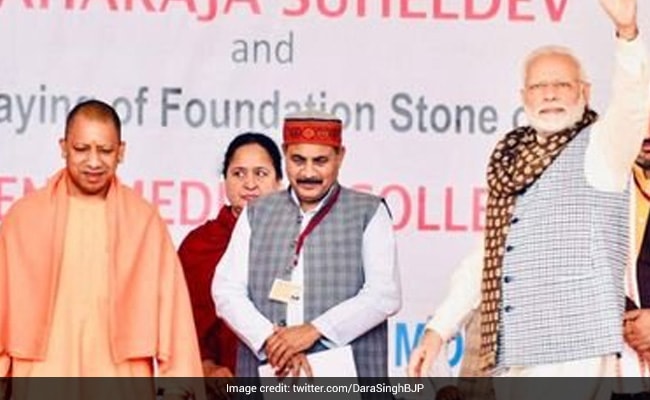 A second minister, Dara Singh Chauhan, has quit Yogi Adityanath’s cabinet in Uttar Pradesh, continuing a flurry of exits that started with Swami Prasad Maurya‘s shock resignation yesterday. This is the second OBC (Other Backward Class) leader to quit team Yogi just before the Uttar Pradesh election next month.

In a huge blow to the BJP as it seeks re-election in India’s most politically vital state, two ministers and four MLAs have quit so far and are set to join the Samajwadi Party of Akhilesh Yadav.

“I worked with dedication but I am resigning as I am hurt by this government’s oppressive attitude towards the backward, deprived sections, Dalits, farmers and unemployed youth and the neglect of quota for the backward and Dalits,” Mr Chauhan wrote in his resignation letter.