U-19 World Cup 2022: Sir Viv Richards Swings Bat In Front Of His Statue, Wishes Teams Ahead Of Tournament | Cricket News 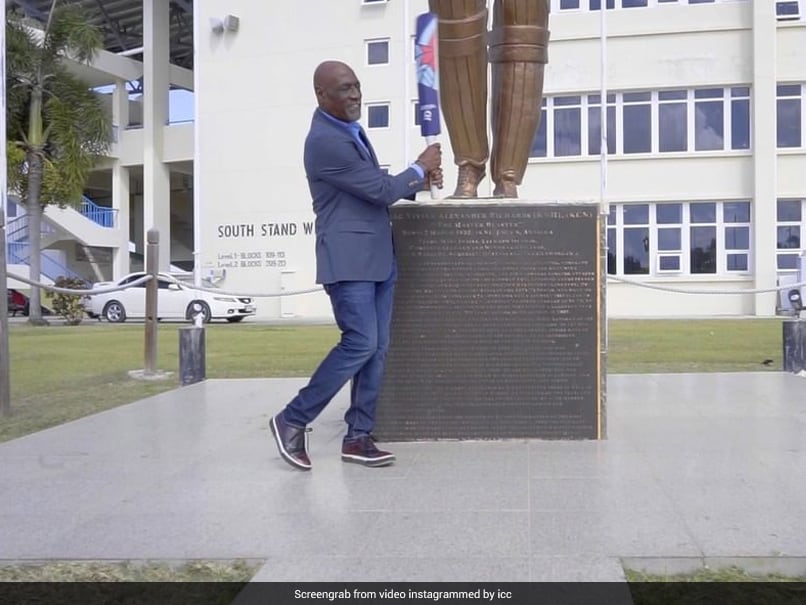 The International Cricket Council’s U-19 Men’s Cricket World Cup will begin in the Caribbean islands from January 14 and it is once again expected to be a platform for budding cricketers to showcase their talent at a global stage. The top cricketing nations are participating in this tournament, which has over the years had a reputation of giving cricket its future superstars. Many like Indian Test captain Virat Kohli and New Zealand skipper Kane Williamson have left their mark in this tournament before graduating to the big league.

“West Indies legend Viv Richards is excited about the ICC Men’s #U19CWC 2022 carnival. The tournament starts on 14 January. Which team are you supporting?” ICC captioned the video.

“Let me take this opportunity to say how excited I am to know that the ICC U-19 World Cup will be hosted here in Antigua and Barbuda and more so at the Vivian Richards Stadium. I am very excited for that and cricket fans should also be excited. I wish the individuals who will be participating the very best and I hope all Antiguans and Barbudans will be able to see the future of cricket here,” Richards said.

In the video Richards can be seen swinging a bat and also raising it in front of his statue. There is also a shot of Richards alongside other legendary cricketers from Antigua, Andy Roberts, Richie Richardson and Curtly Ambrose.

Topics mentioned in this article