Kicked In The Stomach During Protest, Named As UP Congress Candidate Now 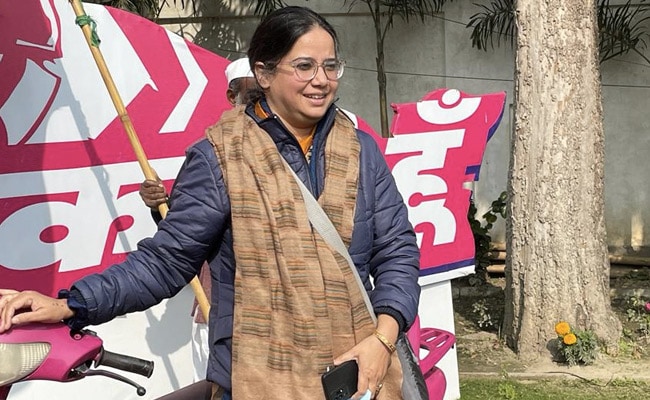 Actor-activist Sadaf Jafar – who was “kicked in the stomach by a male cop” after being arrested during anti-citizenship law protests in Lucknow in December 2019 – will contest next month’s Uttar Pradesh election from the Lucknow (central) seat on a Congress ticket.

Ms Jafar, who is out on bail following arrest on egregious charges of rioting and attempted murder, told NDTV she would fight to raise and address issues that matter to the people of Uttar Pradesh.

She also dismissed talk her electoral debut – against the BJP’s Brajesh Pathak, the sitting MLA, a minister, and a former Lok Sabha MP – might be too difficult to win. “Even the current MLA would have been a ‘nobody’ at some point, right?” she said when NDTV asked if she was a political lightweight.

“See… in a democracy, in an election, the real strength is with the people and nobody else (so it doesn’t matter). They will decide. For my part, to hear my name spoken to Priyanka Gandhi Vadra… it feels good to have my struggle recognised by the party,” Ms Jafar told NDTV.

“We need to approach the people with humility and commit ourselves to the fight on issues like anti-corruption and women’s rights. I welcome this challenge and will fight as hard as I can,” she said.

Sadaf Jafar was arrested at Lucknow’s Parivartan Chowk while hosting a Facebook Live session to highlight violence after anti-citizenship law protests spiraled out of control in December 2010.

In the video she can be heard asking why there were so few police on duty. A policewoman can be seen grabbing her, to which she says: “Aap mujhe kaise giraftaar kar rahe hain… jinhone pathar phenka hai unko to tum pakad nahin paaye (Why arrest me… can’t arrest those who threw stones?)”

After her arrest, Ms Gandhi Vadra slammed the Yogi Adityanath government, accusing it of having crossed “all limits”; Ms Jafar, she said, had been assaulted and arrested on “baseless allegations”.

She was given bail in January last year; the court noted in its order that UP Police had failed to provide any evidence to support its charges of arson and violence against Ms Jafar.

On Thursday Ms Gandhi Vadra announced a first list of 125 names for next month’s UP polls.

In line with the Congress’ campaign slogan and promise that 40 per cent of candidates will be women, she also said a ticket would be given to the mother of the 2017 Unnao rape victim.

The Congress, led by Ms Gandhi Vadra, is hoping to put a better fight than it did in 2017, when it won a paltry seven seats. It faces a seriously tough challenge though, not just from the ruling BJP but also from Akhilesh Yadav’s Samajwadi Party, which has emerged as perhaps the biggest rival.

UP will vote over seven phases beginning February 10, with votes to be counted on March 10.