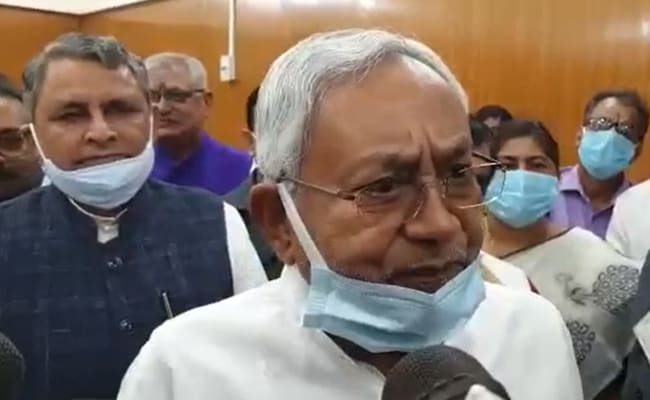 Bihar Chief Minister Nitish Kumar refused to be drawn into commenting on actor Kangana Ranaut’s provocative feedback suggesting that the India received Independence India in 2014 and never 1947, including that such statements are to be made enjoyable of and ignored.

“How can anyone publish this. What does it mean? Should we even notice it. Should we even pay attention to it? Who doesn’t know when we got Independence. These statements deserve zero importance. In fact it should be made fun of. They are deliberately made to garner publicity. I do not pay attention to such people. These things don’t register with me,” stated the Chief Minister.

The actor, in a latest tv interview, remarked that India received its freedom in 2014 when Prime Minister Narendra Modi got here to energy and what it received in 1947 was  a “bheek” or handout.

Ms Ranaut, the 34-year-old who stands banned on microblogging platform Twitter over her incendiary right-wing commentary, has spawned many an argument prior to now.

Several political events have stated that Ms Ranaut must be charged with treason for bringing into disrepute India’s freedom wrestle and its fighters.

“As far as Aazadi in 2014 is concerned I specifically said physical Aazadi we may have but consciousness and conscience of India was set free in 2014… a dead civilisation came alive and fluttered its wings and now roaring and soaring high…,” the actor stated in a clarification.

Times Now, which aired the interview, distanced itself from the controversy.

“#KanganaRanaut may think India got Independence in 2014 but this cannot be endorsed by any true Indian. This is an insult to millions of freedom fighters who gave up their lives so that present generations can live a life of self-respect & dignity as free citizens of a democracy,” the channel stated on Twitter on Friday.